For 135 years, the ships built at Newport News Shipbuilding, like the American shipbuilders who built them, have served our nation in peace and war, in times of adversity and in times of abundance. Our legacy of “Always Good Ships,” includes the design, construction, overhaul and repair of more than 800 ships for the U.S. Navy and commercial customers.

Today, Newport News, a division of Huntington Ingalls Industries, is the nation’s sole designer, builder and refueler of nuclear-powered aircraft carriers and one of only two shipyards capable of designing and building nuclear- powered submarines. We also provide ﬂeet services for naval ships.

We are the largest industrial employer in Virginia, employing more than 25,000 people, many of whom are third- and fourth-generation shipbuilders.

HII is a global engineering and defense technologies provider. With a 135-year history of trusted partnerships in advancing U.S. national security, HII delivers critical capabilities ranging from the most powerful and resilient maritime platforms ever built, to unmanned systems and AI/ML analytics. HII leads the industry in mission-driven solutions that support and enable a connected, integrated full spectrum force. Headquartered in Newport News, Virginia, HII’s skilled workforce is 44,000 strong. For more information, visit: 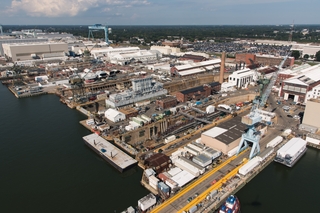 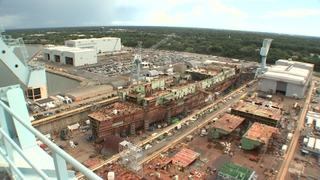