“It takes a tremendous effort by all of our crafts personnel to accomplish this big milestone,” said Bruce Knowles, Ingalls’ LPD 27 program manager. “The LPD program continues to improve with each ship, and LPD 27 falls into that same line of success proven by a hot production line. Our shipbuilders continue to build these ships more efficiently and affordably”

Portland was translated via Ingalls’ rail car system to the floating dry dock prior to launch. The dock was moved away from the pier and then flooded to float the ship. With the assistance of tugs, Portland came off the dock on Saturday morning.

Ingalls has built and delivered nine ships in the San Antonio class of ships, with John P. Murtha (LPD 26) and Portland remaining. Ingalls received a $200 million advance procurement contract for LPD 28, the 12th ship in the class, in December. 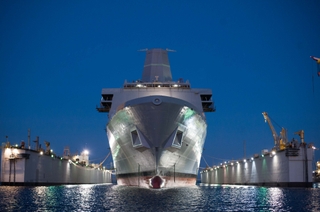 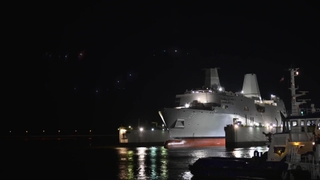