The keel of the America-class amphibious warship Bougainville (LHA 8) was authenticated during a ceremony at Ingalls Shipbuilding on Thursday, March 14. Ship's sponsor Ellyn Dunford declared the keel "truly and fairly laid" after her initials were welded onto a plate.

Bougainville and the America class

Learn more about the America class 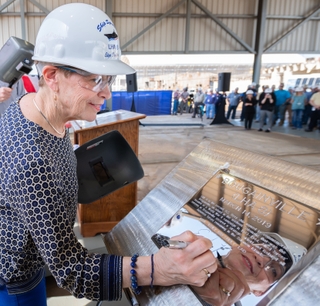 Ingalls is currently the sole builder of large-deck amphibious ships for the U.S. Navy. The shipyard delivered its first amphibious assault ship, the Iwo Jima-class USS Tripoli (LPH 10), in 1966. Ingalls has since built five Tarawa-class (LHA 1) ships, eight Wasp-class (LHD 1) ships and the first in a new class of ships, America (LHA 6). The second ship in the class, Tripoli (LHA 7) is currently under construction and Bougainville (LHA 8) is the third ship in the class.

Ellyn Dunford, spouse of Gen. Joe Dunford, 19th chairman of the Joint Chiefs of Staff, is the sponsor of Bougainville. A graduate of Simmons College, Mrs. Dunford worked as a physical therapist for close to 30 years. General and Mrs. Dunford have three children. 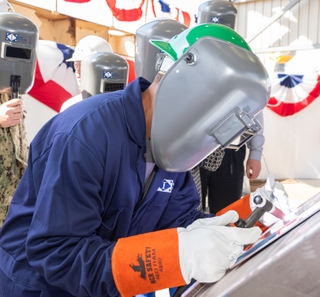 Ingalls’ pipe welder Cedric Harmon welds the initials of Bougainville (LHA 8 ) ship's sponsor Ellyn Dunford onto the keel plaque that will be permanently part of the amphibious assault ship. Photo by Derek Fountain/HII

With a typical air combat element embarked, an LHA amphibious assault ship can be equipped with: 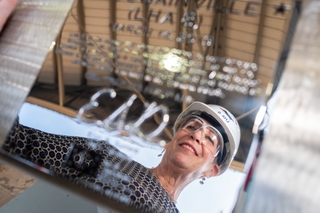 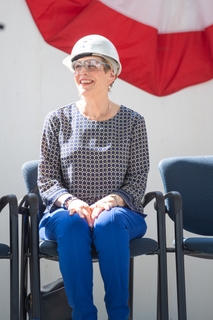 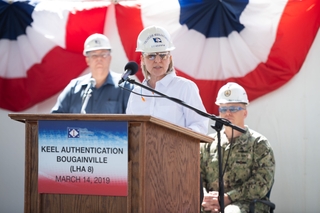 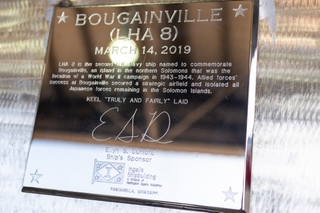 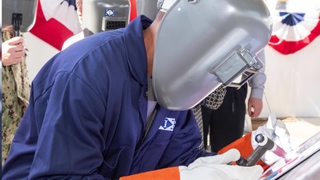