PASCAGOULA, Miss. (Sept. 6, 2016)—Huntington Ingalls Industries (NYSE:HII) is showcasing Dianna Genton, a naval architect at its Ingalls Shipbuilding division, as the company’s latest brand ambassador for its new Shape of Freedom advertising campaign. Genton, a 13-year Ingalls veteran from Fort Myers, Florida, shares her dedication to her work at Ingalls through a series of print and online ads and a company video.

“With everyone’s role at the company, we play a big part in shaping freedom,” Genton said. “We are building huge, complex systems that protect our country.”

Throughout her career at Ingalls, Genton has contributed to the construction and delivery of amphibious assault ships, amphibious transport docks, destroyers and National Security Cutters for the U.S. Navy and U.S. Coast Guard.

“I take pride in being a naval architect and in representing Ingalls Shipbuilding,” she said. “I feel great about what I do. When I see the military folks moving onto the ships for the first time, I know we have done our best job to keep them safe.”

Genton joins W.T. Williams, a project engineer at Ingalls, who was featured in the Shape of Freedom ad campaign during its debut in May. 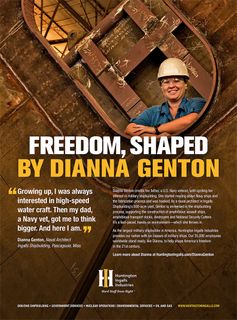 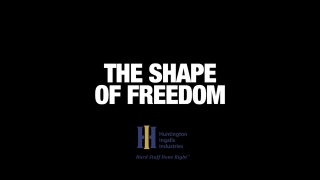 The Shape of Freedom