“The successful launch of Fort Lauderdale, our 12th LPD, is a major milestone achievement for our shipbuilders,” Ingalls Shipbuilding President Brian Cuccias said. “Thank you to our shipbuilders for all the hard work they do every day.”

Fort Lauderdale was translated via Ingalls’ rail car system to the floating dry dock prior to launch. The dock was moved away from the pier and then flooded to float the ship. With the assistance of tugs, Fort Lauderdale came off the dock Saturday morning. 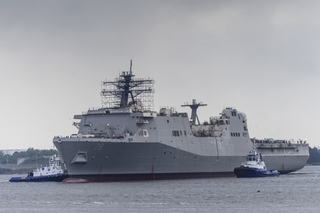 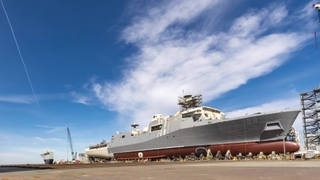