During a three-day process that began Saturday, Oct. 3, the 7,800-ton submarine was successfully raised off its keel blocks and transported out of a construction facility using a transfer car system. Once the submarine was positioned in the floating dry dock, shipbuilders began to make final preparations to ensure Montana can be launched into the James River for the first time in November. Once in the water, Montana will be moved to a pier for execution of the waterborne test program and crew certification.

“Moving Montana to the floating dry dock is an important accomplishment for the 10,000 shipbuilders who, through the teaming agreement with General Dynamics Electric Boat, have collaborated to get us to where we are today,” said Jason Ward, Newport News’ vice president of Virginia-class submarine construction. “It signifies that the submarine is prepared to start the next and final stage of its construction before going to sea.”

Construction of Montana began in 2015, and the submarine achieved pressure hull completion earlier this year. The ship is currently approximately 85% complete. Montana was christened by former Secretary of the Interior Sally Jewell during a ceremony in front of a virtual audience on Sept. 12, and the submarine is scheduled to be delivered to the U.S. Navy in late 2021. 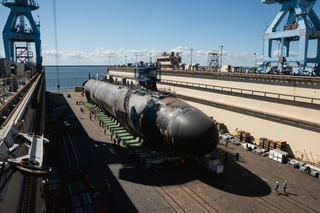 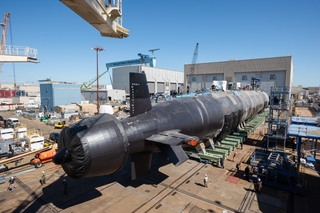 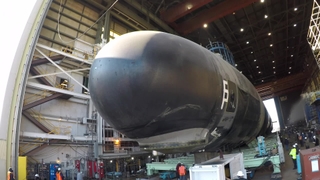