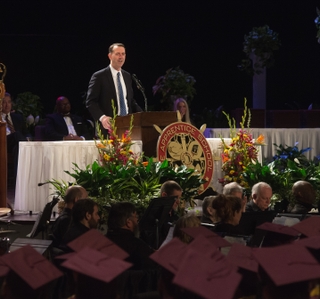 “Graduates of the 100th class of the Apprentice School, you know what it takes to do this amazing and important and difficult work,” said retired Adm. John Richardson, the former chief of naval operations, who delivered the commencement address. “You rose to the challenge and have been taught all these things here in school. It’s in your DNA now and you will grow all these things even more in your future. Go out of here charging, and always build good ships.”

Newport News Shipbuilding President Jennifer Boykin congratulated the graduates for their achievements and continuing the rich legacy of The Apprentice School, which first opened in 1919.

“Today you join the ranks of more than 10,000 graduates who have come before you – shipbuilders who have charted our course over the last century and shipbuilders who today are defining a new era in shipbuilding,” Boykin said. “Ours is not just a job, it’s a calling to be part of something much greater than ourselves.”

Johnathon Wyatt, of King and Queen County, received the Homer L. Ferguson Award, which recognizes the apprentice graduating with the highest honors. Wyatt began his shipbuilding career in 2010 as an outside machinist before he entered The Apprentice School in 2012. He completed his bachelor's degree in mechanical engineering at Old Dominion University and currently works on aircraft carrier John F. Kennedy (CVN 79).

“We are at a point of pivotal change,” Wyatt said. “Massive paper drawings are giving way to tablets that allow us to access more information than ever before without having to leave the deck plate, and we cannot be afraid to embrace it and lead the way forward.”

Participating in the ceremony were Mike Petters, HII president and CEO; company leaders; elected and community officials, as well as faculty and staff of The Apprentice School.

The following is a profile of the 2019 graduating class: 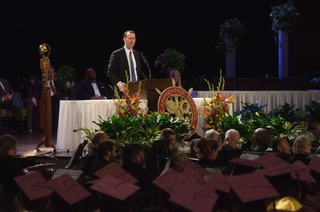 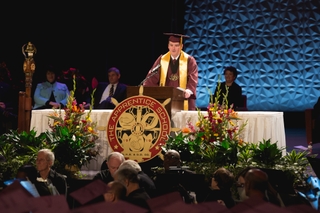 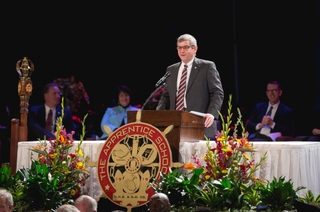 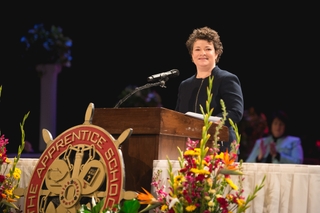