A special instrumented F-18 Super Hornet flew within about 500 feet of Gerald R. Ford 10 times during the testing, which verifies the proper functionality, alignment and operation of the PALS equipment and its subsystems. While the PALS technology is used on Nimitz-class carriers, Gerald R. Ford’s system is upgraded and modified for the new class’ island location and other design and technology changes. The dual band radar, also new to the Ford class, supported testing of the PALS.

“Aircraft landing precision is at the core of an aircraft carrier’s mission,” said Rolf Bartschi, Newport News’ vice president, CVN 78 carrier construction. “This test program ensures that the systems are working together as they were designed to work before we take the ship to sea.” 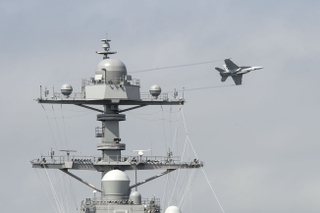 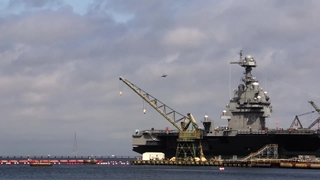