NEWPORT NEWS, Va., Nov. 19, 2013 (GLOBE NEWSWIRE) -- Huntington Ingalls Industries' (NYSE:HII) Newport News Shipbuilding (NNS) division launched Gerald R. Ford (CVN 78) into the James River for the first time on Sunday. The first-of-class aircraft carrier was moved to the shipyard's Pier 3, where it will undergo additional outfitting and testing for the next 28 months. 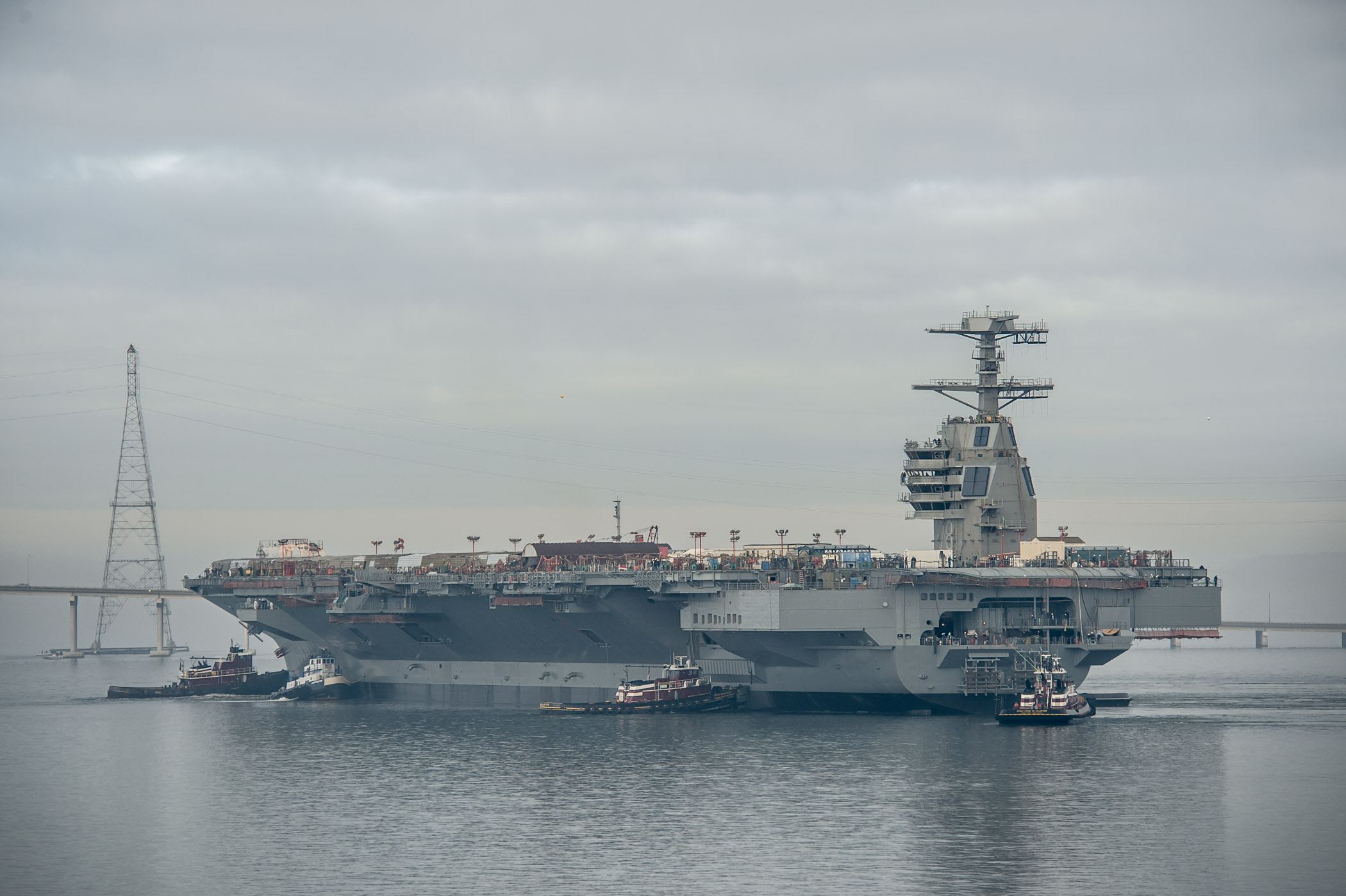 Gerald R. Ford has been under construction in Dry Dock 12 since November 2009 and was moved about one mile south to the shipyard's Pier 3 with the assistance of six tugboats. The ship will be moored at Pier 3 to complete outfitting and testing. Habitability spaces, such as berthing and mess areas, will be completed, and distributive, mechanical and combat systems, such as catapults and radar arrays, will be tested. The ship is scheduled for delivery to the U.S. Navy in 2016.

"The ship's launch is always significant for her shipbuilders," said NNS Rolf Bartschi, NNS' vice president of CVN 78 carrier construction, "but I think it's an extra special experience this time because of Ford's unique qualities as the first ship of the class, and thanks to the close relationship shipbuilders have developed with CVN 78's sponsor, Susan Ford Bales. This milestone provides an opportunity for the shipbuilding team to reflect on all of the hard work that has been accomplished to ready the ship for launch, and I could not be more proud of our shipbuilding team." 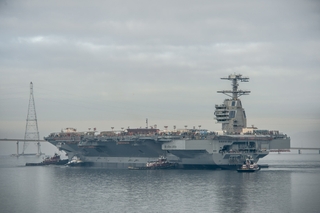