"Today, I thanked the Ingalls shipbuilders who are building LPD 27, and I got a promise from every one of them that this will be the very best ship in the fleet," said Mrs. Amos, who visited Ingalls for the ship's keel-laying ceremony in August. "The fact this ship is going to carry our Marines and sailors and perform vital missions for the nation is pretty remarkable. When you add that component of Marines being able to do the nation's bidding off this ship, it is even more impressive." 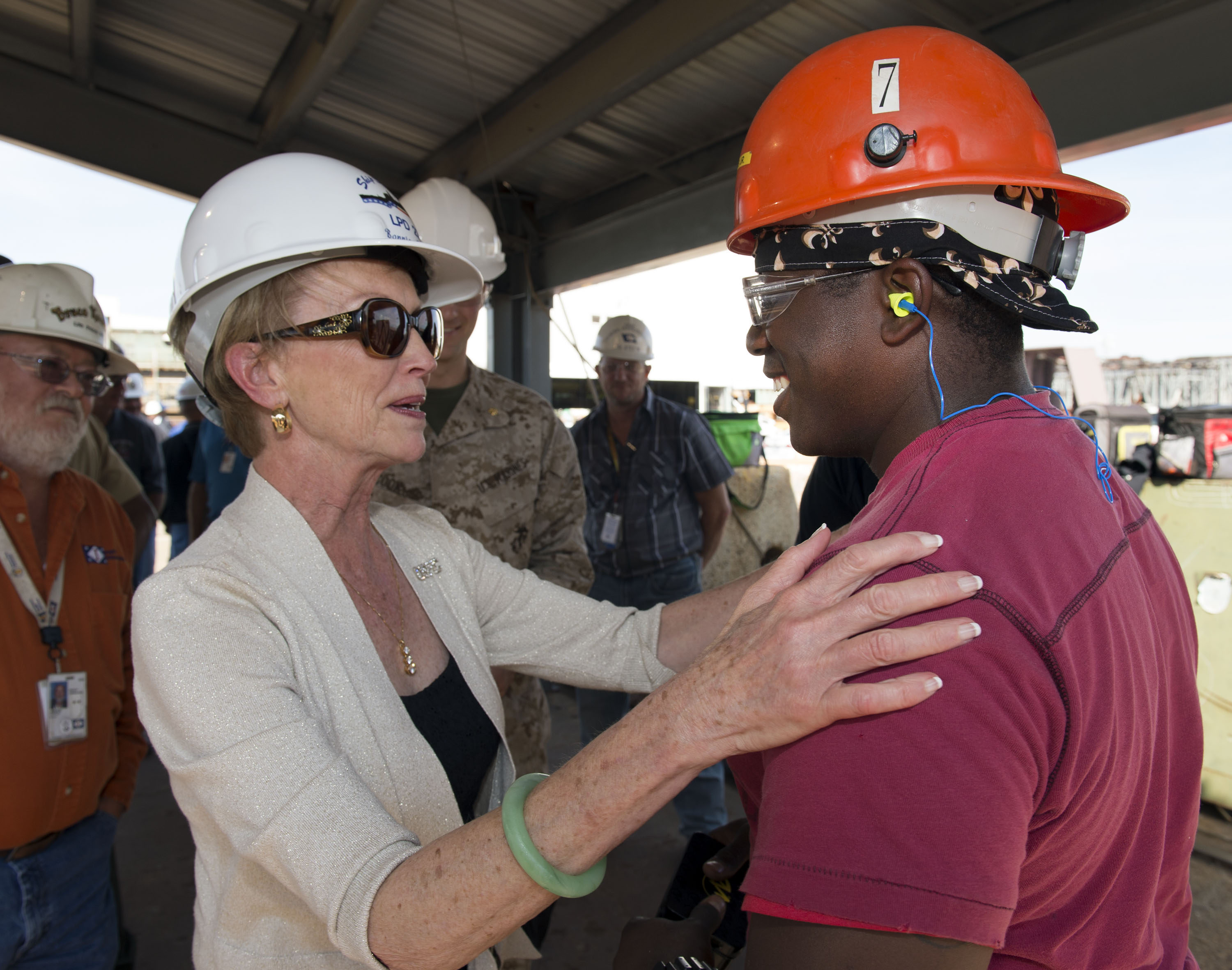 Gen. Amos added, "I came to the Ingalls shipyard for one overriding reason: to thank the men and women here who help keep our amphibious forces at sea. As the importance of forward presence only grows, even in an era of tighter budgets, we're counting on the American patriots who build our ships to deliver us all the amphibious capability the nation can afford."

"LPD 27 couldn't have a better sponsor than Bonnie Amos, and I'm grateful that she took the time today to show how much she appreciates the hard work and dedication of our shipbuilders," said Ingalls Shipbuilding President Irwin F. Edenzon. "We're proud of the work we're doing to support the Navy-Marine Corps team. The amphibious ships we build are capable, adaptable, flexible and reliable—whether it's humanitarian relief, anti-terrorism missions, supporting special operations or amphibious landings, these ships are real enablers."

Built to be survivable and flexible, these complex warships ships enable the services to carry out their missions without constraints or additional assets. The 11 ships of the LPD 17 class are a key element of the Navy's ability to project power ashore. Collectively, they functionally replace more than 41 ships (the LPD 4, LSD 36, LKA 113 and LST 1179 classes of amphibious ships), providing the Navy and Marine Corps with modern, sea-based platforms that are networked, survivable and built to operate with 21st century platforms, such as the MV-22 Osprey. 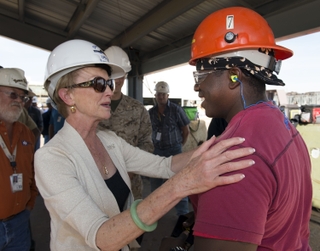