“This acceleration contract is extremely important for a shipbuilding program that is extremely important to this nation,” said Ingalls Shipbuilding President Brian Cuccias. “The LX(R) program will continue a stable, hot production line of talented shipbuilders and a robust supplier base across this country. The competitive value that Ingalls brings to design and build these affordable, capable and survivable warships is essential to meet the missions of our Navy-Marine Corps team.” 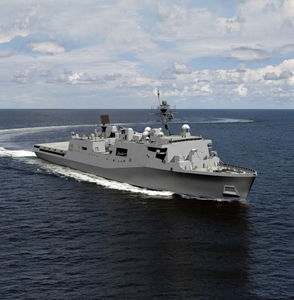 The U.S. Navy's LX(R) amphibious warship class will replace the Harpers Ferry- and Whidbey Island-class dock landing ships and will use the same hull as the San Antonio (LPD 17) class. HII rendering

In the original announcement on June 30, Ingalls was selected to perform the majority of the contract design work for LX(R) as part of the contract to build the amphibious assault ship LHA 8. Combined with a $13.7 million contract modification awarded on Aug. 26, Ingalls has received a total of $32.8 million for design efforts on the LX(R) program.

LX(R) will replace the Navy’s Harpers Ferry- and Whidbey Island-class dock landing ships and will use the same hull as the San Antonio (LPD 17) class. Ingalls has delivered 10 of the LPD 17 ships to the Navy, is currently building the 11th, Portland (LPD 27), and has received more than $258 million in advance procurement funding for the 12th, Fort Lauderdale (LPD 28).

LX(R): The Future of Amphibious Warships 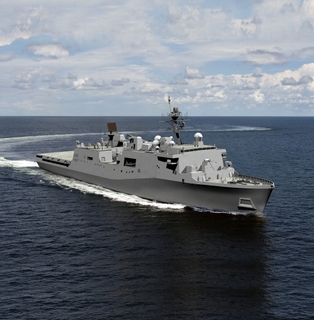