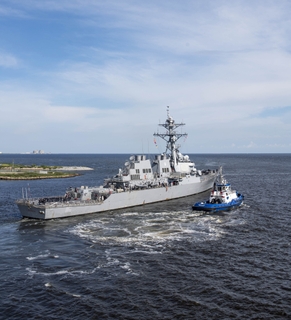 “It was a privilege to modernize and overhaul USS Ramage,” said Ingalls Shipbuilding President Brian Cuccias. “The success of this project proves our shipbuilders have the skills and expertise to handle any project. Most of all, they understood the importance of getting this ship back into active duty for our U.S. Navy sailors.”

Overhaul and modification work included procurement of materials, ship alterations and repairs. After final work and testing, USS Ramage was able to rejoin the fleet ahead of schedule.