NEWPORT NEWS, Va., April 16, 2014 (GLOBE NEWSWIRE) -- Huntington Ingalls Industries (NYSE:HII) hosted U.S. Sens. Tim Kaine (D-Va.) and Jack Reed (D-R.I.) Tuesday for a tour of the company's Newport News Shipbuilding division. The visit provided the senators an opportunity to meet shipbuilders and see construction progress being made on all programs across the shipyard. 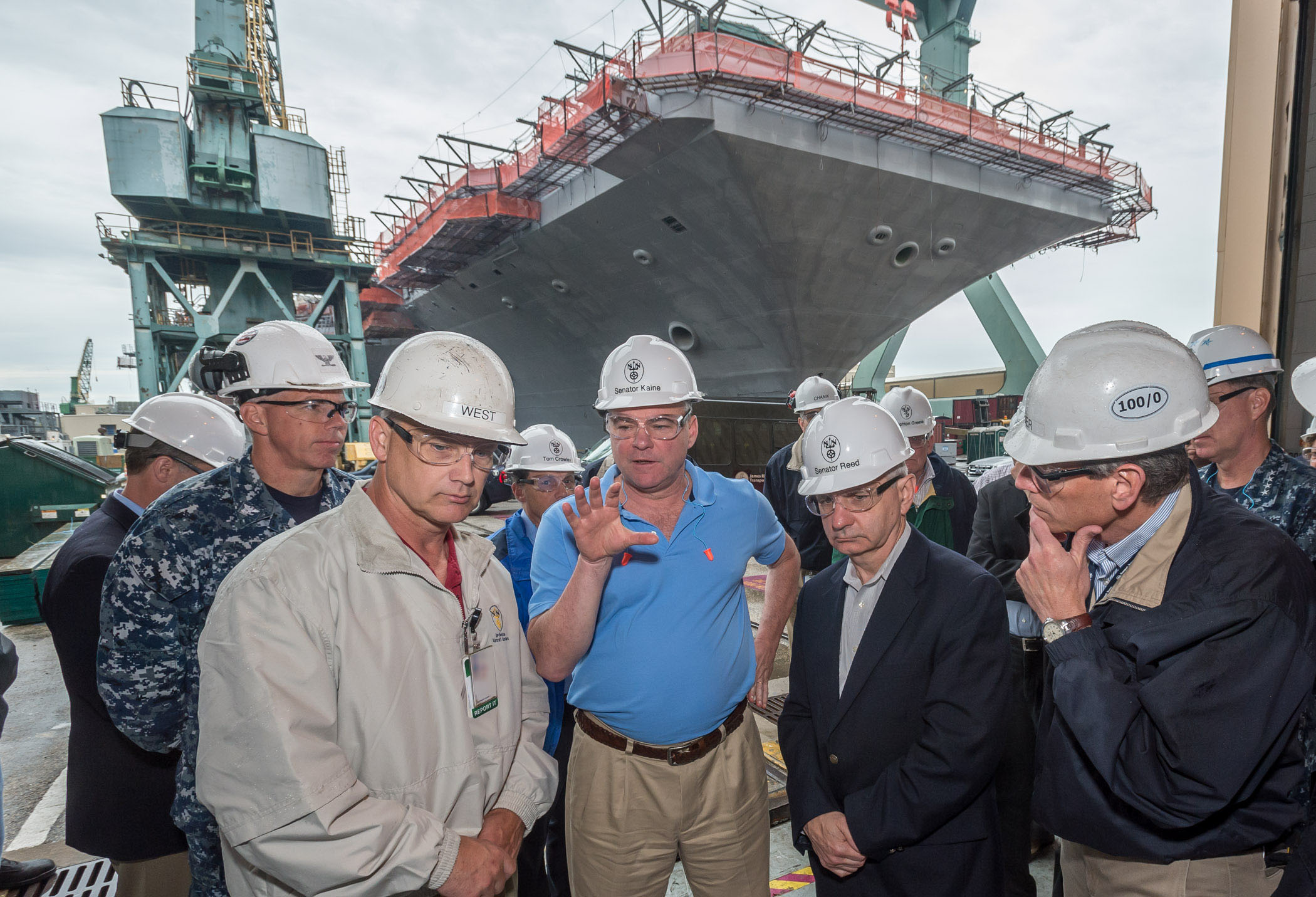 "These visits contribute toward a greater understanding of shipbuilding and the challenges we face," Petters said. "Seeing the ships being built, understanding the progress we are making, and meeting the shipbuilders who daily give their all to this industry brings valuable context to the issues our lawmakers face. We appreciate the time they have taken today and all of the work they are doing on behalf of the shipbuilding industry and our nation's defense."

"Senator Reed and I are committed to providing budgetary certainty for our nation's shipbuilding industry and the entire defense community, and I am so grateful he was able to join me here today," said Kaine, who was elected to the Senate in 2012 and serves as a member of the Armed Services Committee. "Today's visit was also a reminder of the strategic importance of maintaining an 11-carrier fleet. We've always known the long-term impacts of sequestration would be a threat to the Department of Defense, the Navy and national security—which is why I fought so aggressively last year to prevent sequester from taking effect in the first place and supported a Senate budget that replaced it entirely. And it's why I will continue to fight to reduce these strategically unwise, across-the-board sequester cuts that could put our national security at risk."

Reed, who was first elected to the Senate in 1997, is the second most senior Democrat on the Armed Services Committee and chairman of the Seapower Subcommittee. A West Point graduate and former Army Ranger, Reed also serves on the Appropriations Committee and is a member of both the Defense subcommittee and the Military Construction-Veterans Affairs subcommittee.

"It is a pleasure to join Senator Kaine and the men and women of Huntington Ingalls Industries here today," Reed said. "I want to thank these shipyard workers. I know Senator Kaine takes great pride in both their craftsmanship and their contributions to our national defense. We need to make smart investments in our national security. Both Senator Kaine and I are committed to working with our colleagues on a bipartisan basis to help keep America strong militarily and economically." 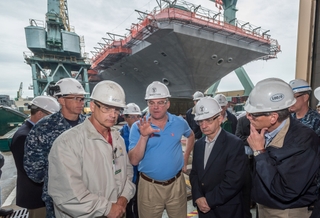