PASCAGOULA, Miss., Sept. 14, 2016 (GLOBE NEWSWIRE) -- Huntington Ingalls Industries’ (NYSE:HII) Ingalls Shipbuilding division has been awarded a $14 million base contract to perform an extended selected restricted availability on the Arleigh Burke-class (DDG 51) destroyer USS Ramage (DDG 61). With all options exercised, the total contract value would be $21.4 million. USS Ramage was originally built at Ingalls and delivered to the U.S. Navy in 1995.

“Ingalls has a longstanding tradition in the overhaul/modernization business,” said Ingalls Shipbuilding President Brian Cuccias. “We are pleased with the Navy’s confidence in us to perform this work on DDG 61. It was the fifth Aegis destroyer built at Ingalls, and our shipbuilders are looking forward to performing quality work on the ship so she can return to the Navy with enhanced capability on or ahead of schedule.”

The overhaul includes ship alterations, repairs, testing and procurement of materials. Work is expected to be completed by the third quarter of 2017. 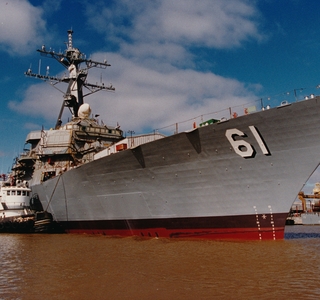 “Ingalls has a successful history of performing repair and overhaul, especially for the DDG 51 program,” said George Nungesser, Ingalls’ DDG 51 program manager. “We are eager to demonstrate to the Navy that our shipbuilders will execute this overhaul with the highest level of commitment and quality.”

Statements in this release, other than statements of historical fact, constitute “forward-looking statements” within the meaning of the Private Securities Litigation Reform Act of 1995. Forward-looking statements involve risks and uncertainties that could cause our actual results to differ materially from those expressed in these statements. Factors that may cause such differences include: changes in government and customer priorities and requirements (including government budgetary constraints, shifts in defense spending, and changes in customer short-range and long-range plans); our ability to obtain new contracts, estimate our future contract costs and perform our contracts effectively; changes in procurement processes and government regulations and our ability to comply with such requirements; our ability to deliver our products and services at an affordable life cycle cost and compete within our markets; natural disasters; adverse economic conditions in the United States and globally; changes in key estimates and assumptions regarding our pension and retiree health care costs; security threats, including cyber security threats, and related disruptions; and other risk factors discussed in our filings with the U.S. Securities and Exchange Commission. There may be other risks and uncertainties that we are unable to predict at this time or that we currently do not expect to have a material adverse effect on our business, and we undertake no obligations to update any forward-looking statements. You should not place undue reliance on any forward-looking statements that we may make. This release also contains non-GAAP financial measures and includes a GAAP reconciliation of these financial measures. Non-GAAP financial measures should not be construed as being more important than comparable GAAP measures. 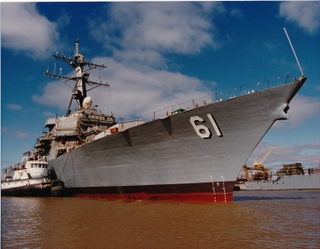