PASCAGOULA, Miss., Oct. 16, 2018 (GLOBE NEWSWIRE) -- Huntington Ingalls Industries’ (NYSE:HII) Ingalls Shipbuilding division officially started fabrication of the America-class amphibious assault ship Bougainville (LHA 8) on Monday. The start of fabrication signifies that the shipyard is ready for sustained production and ready to move forward with the construction of the ship. 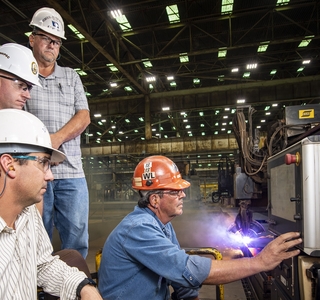 “Our shipbuilders are proud to continue Ingalls’ legacy in amphibious shipbuilding,” said Ingalls Shipbuilding President Brian Cuccias. “The start of Bougainville, our 16th large-deck amphib, allows us to continue the serial production of these great ships. Working with the Navy and Marine Corps, we will take advantage of our hot production line and a healthy nationwide supplier base to continue providing these much-needed ships for the defense of our nation and the world’s sea lanes.” 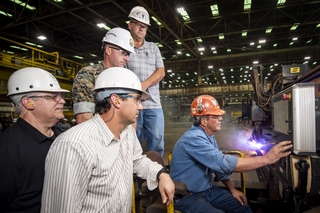