"It's great having Mrs. Stavridis here to see her ship and meet some of the shipbuilders," said George Nungesser, Ingalls' DDG 51 program manager. "The Aegis destroyer program has been one of our company's most successful programs. We have six more destroyers to build after John Finn, and this kind of serial ship production enables us to maximize learning efficiencies and affordability." 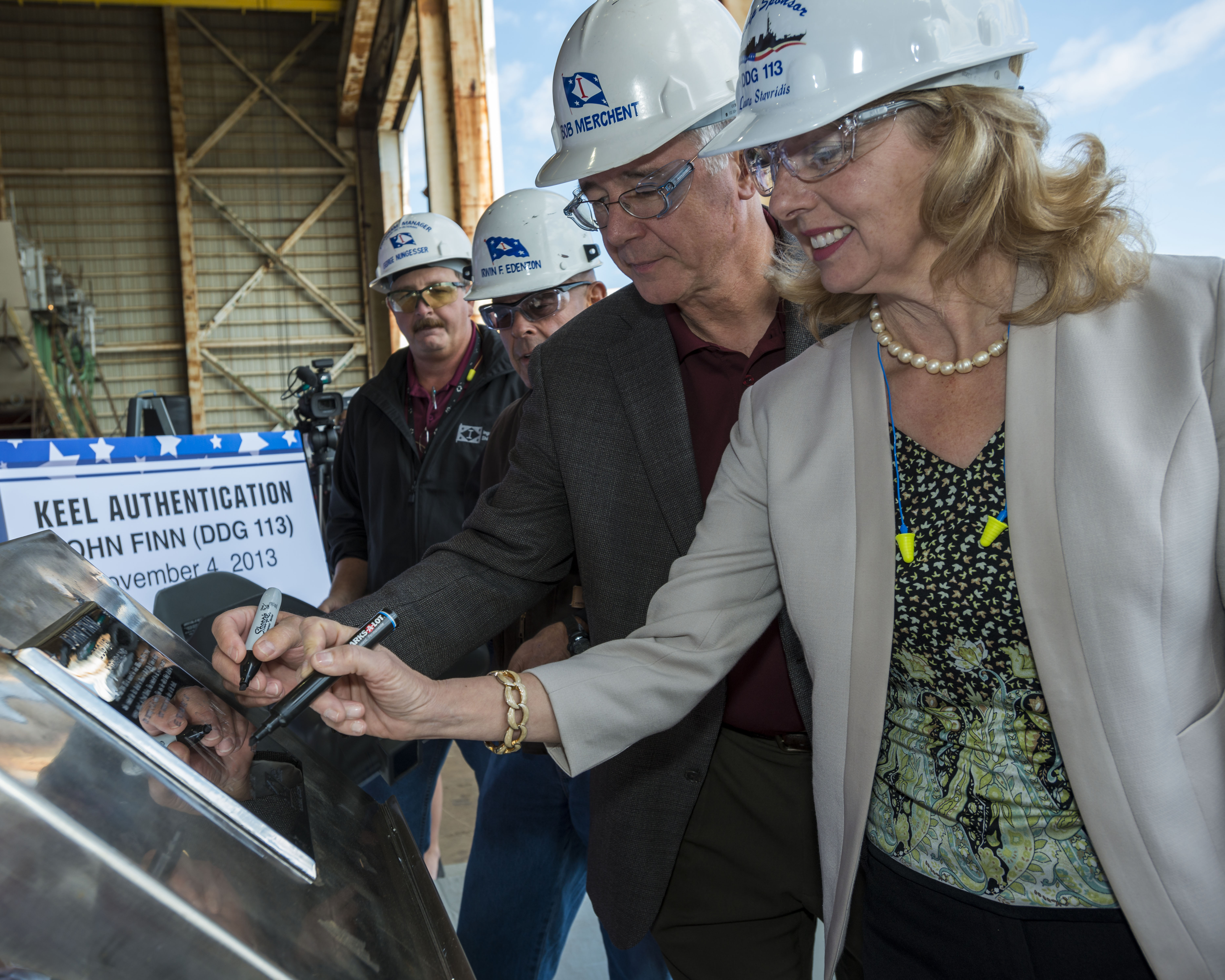 Mrs. Stavridis authenticated the keel, a maritime tradition signifying the keel of the ship has been "truly and fairly laid." Her initials, along with those of Bob Merchent, Ingalls' vice president of U.S. Coast Guard and surface combatant programs, were welded onto a steel plate by Ingalls welder Willie McMeans.

"My goal is to follow this ship as she sails the world," Mrs. Stavridis said. "Over the course of her life, USS John Finn will make a couple dozen major cruises, probably launch Tomahawk missiles and provide boarding parties. She will defend freedom in every corner of the globe. For the rest of my life, I will follow wherever the ship sails and be thinking of her crew and the shipyard workers who built her."

John Finn is currently 20 percent complete and is expected to be delivered to the Navy in 2016. Ingalls' 30th DDG, Ralph Johnson (DDG 114), is expected to be delivered in 2017. In June, Ingalls won a $3.3 billion, multi-year construction contract to build five more DDG 51 destroyers, ensuring Ingalls will be building DDGs for the next decade. Upon delivery of the last DDG under contract, Ingalls will have built 35 of the ships.

"Over the course of building these destroyers—DDG 113, DDG 114 and beyond—we will continue our 75-year legacy of shipbuilding excellence" said Ingalls Shipbuilding President Irwin F. Edenzon. "We know how to build these ships affordably for our Navy customer, and we plan to get better and more efficient with each successive ship."

The ship is named to honor Lt. John Finn, the first Medal of Honor recipient of World War II. He was honored for defending his ship from Japanese aircraft for over two hours during the attack on Pearl Harbor despite being shot twice and having numerous shrapnel wounds. He died in 2010 at the age of 100.

"I am so proud of the work Ingalls shipbuilders are doing to bring the John Finn to life," said Capt. Mark Vandroff, the Navy's DDG 51 program manager. "Like the William P. Lawrence, Roosevelt, Kidd and all the other Ingalls DDGs, this ship will honor a great American hero for generations to come. The restart of DDG 51 class construction is vital to the future of the U.S. Navy, and Ingalls has been a very important partner in that effort."

This highly capable, multi-mission ship can conduct a variety of operations, from peacetime presence and crisis management to sea control and power projection, all in support of the United States' military strategy. DDGs are capable of simultaneously fighting air, surface and subsurface battles. The ship contains myriad offensive and defensive weapons designed to support maritime defense needs well into the 21st century. 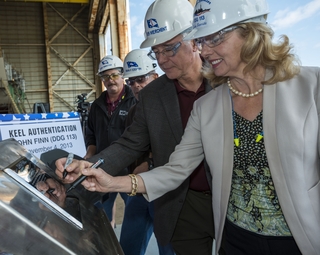