AVONDALE, La., Oct. 18, 2013 (GLOBE NEWSWIRE) -- Huntington Ingalls Industries (NYSE:HII) announced today that its Ingalls Shipbuilding division has delivered the amphibious transport dock Somerset (LPD 25) to the U.S. Navy. The DD 250 document officially signifying custody transfer of the ship was signed by officials on the ship at the company's Avondale facility. Somerset is the ninth ship in the San Antonio (LPD 17) class of ships Ingalls has delivered to the Navy. 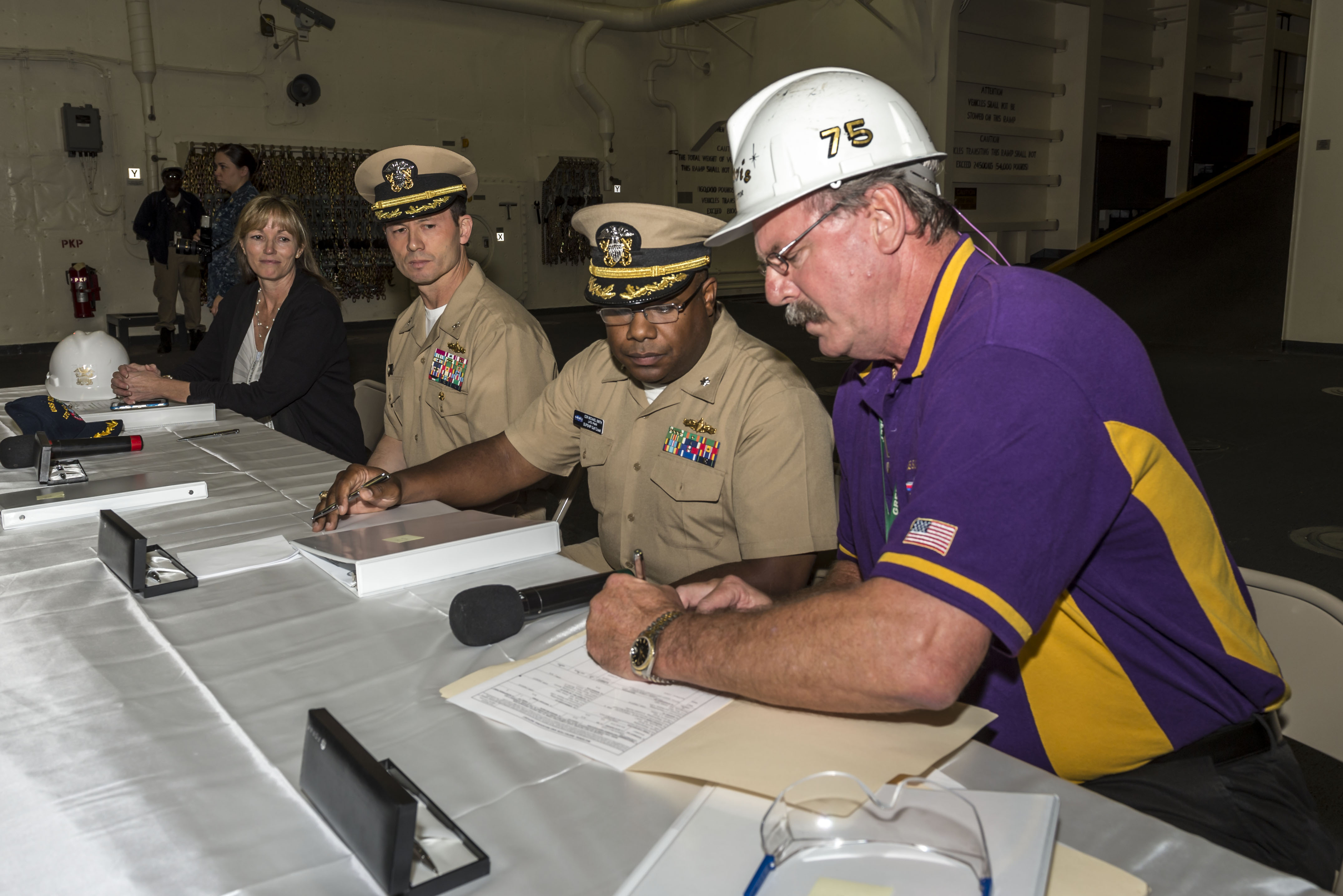 "We are very pleased to deliver this ship to our Navy customer," said Mike Duthu, director of Ingalls' LPD 17 program. "With each successive LPD, we apply lessons learned that result in ship-over-ship improvements in quality, efficiency and affordability. With Somerset, the Navy is getting another very capable and adaptable amphibious warship designed and built to enable sailors and Marines to accomplish their missions."

The ship successfully completed builder's trials in August and U.S. Navy acceptance trials in September. Ingalls has two more under construction at its Pascagoula, Miss., shipyard. John P. Murtha (LPD 26) is slated for completion in 2016, and Portland (LPD 27) will complete in 2017.

Somerset is named to honor the courage of the passengers and crew members of United Airlines Flight 93, which crashed on Sept. 11, 2001, near Shanksville in Somerset County, Pa. LPD 25 is scheduled to be commissioned in the Navy fleet on March 1, 2014, in Philadelphia. The ship will join the two other Ingalls-built LPDs named in honor of the victims of Sept. 11, USS New York (LPD 21) and USS Arlington (LPD 24).

Built to be survivable and flexible, these complex warships ships enable the services to carry out their missions without constraints or additional assets. The 11 ships of the LPD 17 class are a key element of the Navy's ability to project power ashore. Collectively, they functionally replace more than 41 ships (the LPD 4, LSD 36, LKA 113 and LST 1179 classes of amphibious ships), providing the Navy and Marine Corps with modern, sea-based platforms that are networked, survivable and built to operate with 21st century platforms, such as the MV-22 Osprey. 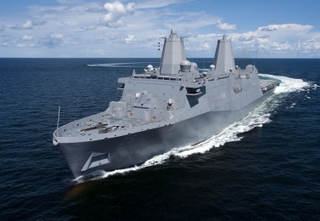 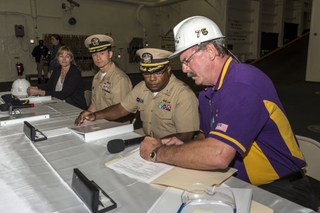