NEWPORT NEWS, Va., Aug. 3, 2009 (GLOBE NEWSWIRE) -- Northrop Grumman Corporation (NYSE:NOC) reached a milestone in the life of the newest Virginia-class submarine, New Mexico (SSN 779), as the crew began moving aboard and ate the first meal prepared in the ship's galley on July 28.

New Mexico, named for "The Land of Enchantment," is in the final stages of construction and testing at the company's Newport News shipyard. The submarine's next significant construction milestone is its initial sea trials, an aggressive series of operational tests that demonstrate the submarine's capabilities.

Kelly Nutter, Virginia class construction director for Northrop Grumman Shipbuilding said, "This stage of construction is a tremendous milestone for the shipyard and the crew. This is when the shipbuilder and sailor work side by side and we begin the process of turning over systems and compartments to the Navy. It is when the Navy begins to take ownership of their submarine."

Northrop Grumman Shipbuilding, one of only two companies capable of designing and building nuclear-powered submarines, is teamed with General Dynamics Electric Boat to build the Virginia-class submarines. New Mexico is the sixth ship in the class and, upon delivery to the Navy this fall, will be the most modern and sophisticated attack submarine in the world.

The ship's construction began March 2004 and the keel was laid during a ceremony held April 12, 2008. New Mexico was christened on Dec. 13, 2008 and launched on January 22, 2009. The commissioning date has been set by the Secretary of the Navy for Nov. 21, 2009. For more information about Virginia-class submarines, please visit http://www.sb.northropgrumman.com/vcs/. 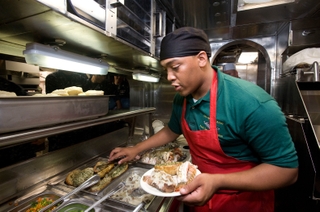