A brief mast-stepping ceremony was held Tuesday for Lincoln shipbuilders and the crew on the flight deck of the ship to commemorate the milestone. Mast-stepping ceremonies are a common tradition dating back to ancient Rome and symbolize good luck. During the mast-stepping, commemorative coins and ship memorabilia are placed under the mast section. 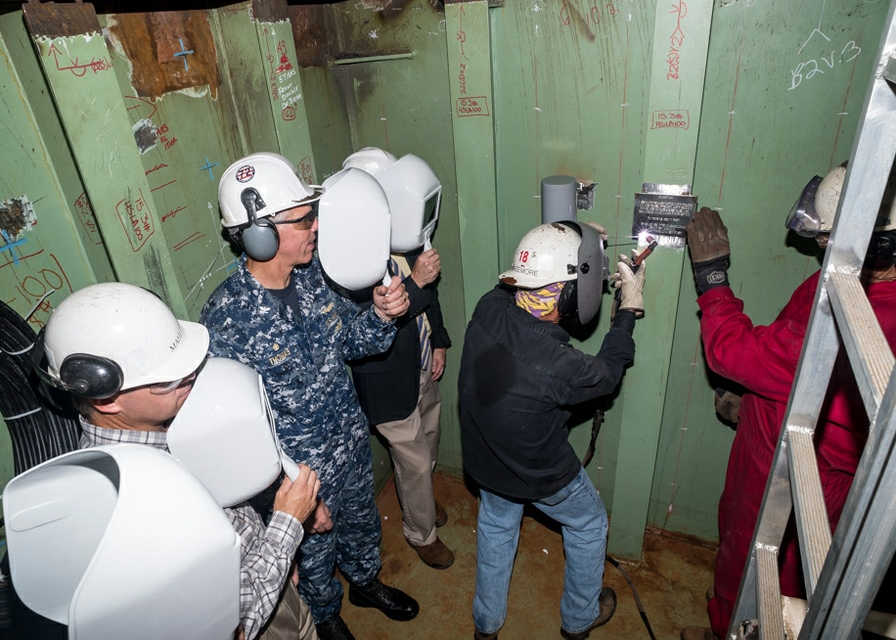 Ken Mahler, Newport News's vice president of Navy programs, spoke during the event about the strong partnership between the sailors and shipbuilders. "Since we began the refueling complex overhaul, we've been working side-by-side on this project to recapitalize and modernize the entire ship, such that when she returns to service, Lincoln will continue to be one of the most capable and formidable ships in the world," he said.

The last section of the mast, weighing 33 tons, was lifted in sequence by two cranes. The shipyard's 310-ton gantry crane lifted the mast section onto the flight deck, and then a mobile crane on the flight deck lifted the section into its final position on the mast. The mast, when erected, is too tall for the 310-ton gantry crane to travel over, so the mobile crane completed the lofty installation.

During refurbishment, the original round mast pole was removed and replaced with a modified, tapered square pole to increase strength and keep electrical piping systems enclosed. The square pole is also larger, which allows for waist-high rails and easier access to all areas by internal ladders.

"The ceremony today highlights the workmanship, ingenuity and tenacity of the shipyard workers, sailors, and contractors who have poured their hard work and labor into RCOH," said Capt. Karl O. Thomas, the ship's commanding officer. "I am inspired by the dedication of every member of the integrated team and their commitment to getting Lincoln back to the fight."

USS Abraham Lincoln arrived at Newport News in March 2013 to begin the RCOH process. During the carrier's RCOH, the shipyard refuels the ship's reactors, paints the ship's hull, modernizes systems and performs a complete recapitalization of the entire ship. This process produces a recapitalized carrier capable of supporting current and future warfare doctrine. Once the RCOH is complete, USS Abraham Lincoln will continue to operate in the U.S. Navy fleet for another 25 years. Lincoln's RCOH is 45 percent complete and on track for delivery in October 2016. 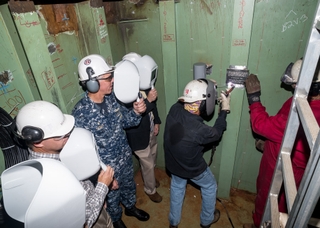