The planning contract is valued at $5.8 million. Northrop Grumman's Newport News sector is the prime contractor for the work, which will include scheduling; engineering and design work; material procurement; shop pre-fabrication; ship checks; and personnel training to support the availability scheduled for May 2005 at the Newport News shipyard.

"It's been nearly 20 years since we christened the Oklahoma City," said Irwin F. Edenzon, Northrop Grumman Newport News sector vice president of Technology Development and Fleet Support. "We're looking forward to her return next year and the successful execution of the project, which will continue to establish Newport News as another key Navy resource for fleet support activities." The nuclear-powered Los Angeles-class submarine USS Oklahoma City (SSN 723) was built by Northrop Grumman Newport News. It was launched in 1985 and delivered to the Navy in 1988. At 360 feet in length, it can travel in excess of 20 knots. 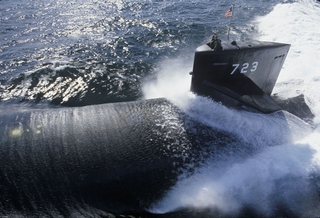