NEWPORT NEWS, Va., March 17, 2010 (GLOBE NEWSWIRE) -- Northrop Grumman Corporation (NYSE:NOC) has been awarded a contract from the U.S. Navy initially valued at $80.1 million to accomplish planning work for the refueling and complex overhaul (RCOH) of the nuclear-powered aircraft carrier USS Abraham Lincoln (CVN 72). If all options of the contract are exercised, the full potential value of the contract could reach $678.6 million.

A photo accompanying this release is available at http://media.globenewswire.com/noc/mediagallery.html?pkgid=7240

"Lincoln's RCOH will be a large and complex project," said Jim Hughes,Northrop Grumman Shipbuilding's vice president of aircraft carrier overhaul and carrier fleet support. "Advance planning for a project of this size is critically important to the success of the overall effort. A group of experienced shipbuilders will partner with the Navy using lessons learned from the four previous RCOHs accomplished at our Newport News shipyard to ensure the successful completion of this project from the planning stages to redelivery of the ship."

Christened in 1988 and delivered to the Navy in 1989, USS Abraham Lincoln is the fifth Nimitz-class carrier built by Northrop Grumman Shipbuilding, the nation's sole designer, builder and refueler of nuclear-powered aircraft carriers. It will also be the fifth ship of the class to undergo this major life-cycle milestone. More than 1,000 employees will support the planning effort. 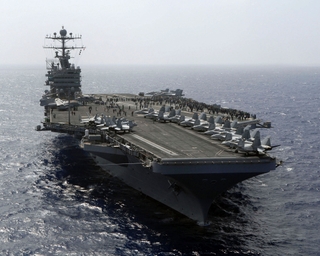