The ship is scheduled for arrival at the company's Newport News sector in November 2005. This will be the vessel's only refueling during a service life expected to span approximately 50 years.

This contract is a modification to the original contract awarded in May 2001 and brings the total contract value to date to approximately $544 million. Northrop Grumman Newport News is the prime contractor for this program.

Named for former U.S. Rep. Carl Vinson, the carrier Vinson was built at Northrop Grumman Newport News and christened in 1980. The congressman attended the christening ceremony at age 96 and became the first living American to have a Navy ship named in his honor. The ship was commissioned by the Navy in 1982. 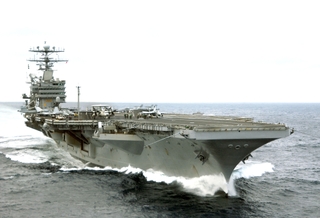