NEWPORT NEWS, Va., Nov. 12, 2007 (PRIME NEWSWIRE) -- Northrop Grumman Corporation (NYSE:NOC) reached a milestone in the life of the newest Virginia-class submarine, North Carolina (SSN 777), as the crew began moving aboard and ate the first meal prepared in the ship's galley on Nov. 5.

"Today is the day 137 sailors became the North Carolina. Today, we became a crew," said Cmdr. Mark Davis, prospective commanding officer of the North Carolina. "Standing outside this morning and raising the flag as a crew for the first time was amazing."

North Carolina is in the final stages of construction at the company's Newport News sector, one of only two companies capable of designing and building nuclear-powered submarines. It is the fourth ship of the Virginia class.

"This is a huge milestone in the life of the ship and for the ship's crew. It's also a key milestone for the shipbuilders as we get to see the ship virtually come to life as we transition ownership and control of the spaces and systems to the ship's crew," said Becky Stewart, vice president for the submarine program at Northrop Grumman Newport News. "We're looking forward to the successful completion of the ship followed by her delivery."

The next construction milestone is sea trials, an aggressive series of operational tests to demonstrate the submarine's capabilities. Sea trials are scheduled for later this month with delivery to the Navy in December.

Northrop Grumman Newport News is teamed with General Dynamics Electric Boat to build the first 10 ships of the Virginia class. Current plans call for 30 Virginia-class submarines in the fleet. The first ship of the class, USS Virginia (SSN 774), was delivered in 2004 and is the first major combatant delivered to the U.S. Navy that was designed with the post-Cold War security environment in mind. Northrop Grumman delivered the second ship of the class, USS Texas, in 2006.

The keel for North Carolina was laid on May 22, 2004; the ship was christened on April 21, 2007 and launched on May 5, 2007. For more information about the North Carolina, please visit http://www.nn.northropgrumman.com/vcs/. 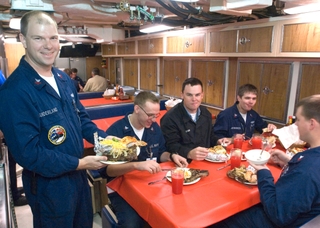