A video accompanying this release can be found at http://www.sb.northropgrumman.com/products/submarinefleet/assets/m091020_384k.wmv.

The ship began its Depot Modernization Period in 2007 at the company's Shipbuilding sector in Newport News, Va. The work included upgrades to the submarine's sonar, combat and weapons systems and maintenance work on the propulsion, auxiliary and habitability systems. Additionally, preservation work was performed on all ballast and internal tanks.

"We have a great shipbuilding and Navy team who have worked on just about every inch of Toledo since her arrival," said Becky Stewart, vice president of Submarines and Fleet Support at Northrop Grumman Shipbuilding-Newport News. "Their hard work, dedication and spirit of cooperation have resulted in the successful return of a highly complex and capable submarine to the Navy's fleet."

USS Toledo is the 26th Los Angeles-class submarine built by Northrop Grumman Shipbuilding. It was christened on Aug. 28, 1993 and commissioned into service Feb. 24, 1995. 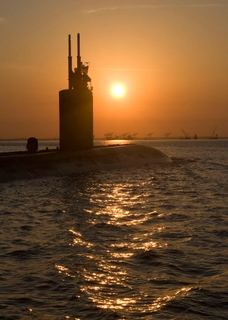