The Congressmen toured the shipyard and visited various shops where ship units are assembled. They also were given a tour of the amphibious transport dock John P. Murtha (LPD 26), which will launch later this year.

"These visits are important to show our regional Congressional leadership the innovation we are implementing to reduce costs and the quality workmanship of our shipbuilders," said Ingalls Shipbuilding President Brian Cuccias. "We spent time with the Congressmen talking about our build processes and the progress we are making across the yard, particularly on the LPD program. We have a hot production line and are benefitting from a strong learning curve on this program, making the ships more affordable and providing a complex and quality product for our sailors and Marines." 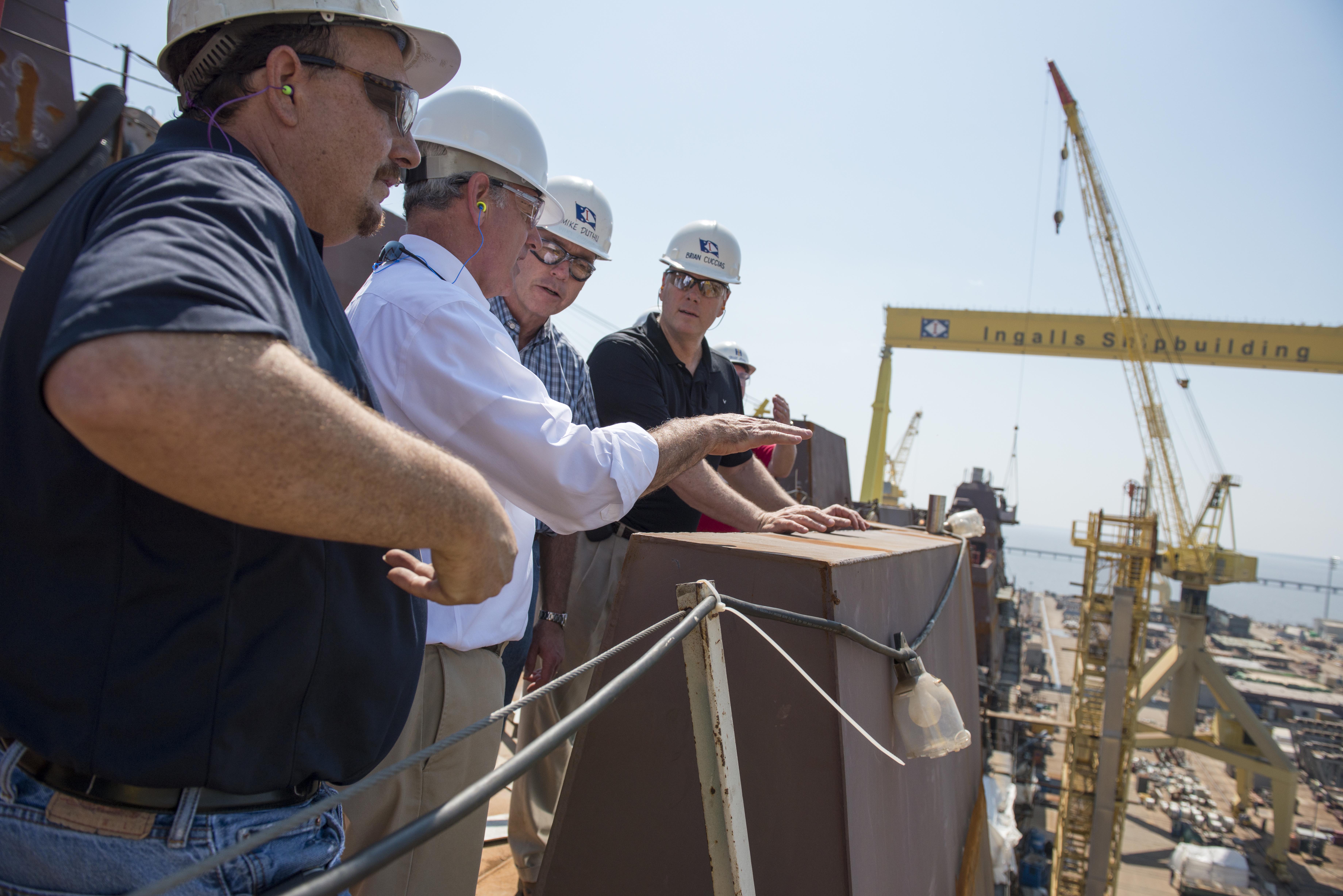 "More than 2,000 residents of Southwest Alabama go to work every day at the world-class Huntington Ingalls facility across the state line in Mississippi," said Byrne, who represents the 1st District in Alabama. "At a time when our nation faces uncertainty and rising forces that seek to challenge our status as the world's dominant power, it's more important than ever that we have a strong and capable Navy. The ships produced here on the Gulf Coast are vital to our ability to project power and protect our interests abroad. I look forward to working with Congressman Palazzo on the House Armed Services Committee to ensure the Gulf Coast region presents a unified voice in support of the shipbuilding industry."

While the newly elected Byrne was making his first visit to Ingalls, Palazzo has previously toured Ingalls multiple times.

"It's always a pleasure to meet with our Mississippi shipbuilders, who go to work every day in support of our men and women in the U.S. Navy, Marine Corps and Coast Guard," said Palazzo, who represents Mississippi's 4th District. "I want to take every opportunity to educate my colleagues on the importance of the shipbuilding work we do right here in South Mississippi. The more members of Congress who see how vital these ships are to our national security, the more they will support investments in future ships, like a 12th LPD 17 warship. I am confident Rep. Byrne will prove to be a staunch shipbuilding ally on the House Armed Services Committee, and I am pleased to welcome him to South Mississippi today." 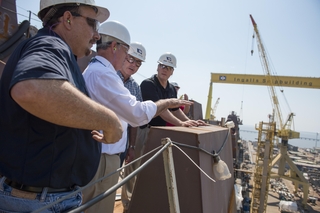