"This vessel embodies the unwavering spirit of her sponsor, Ellen Roughead, the pride and commitment of our shipbuilders, and the strength of her crew," said Jim Hughes, NNS' vice president of submarines and fleet support. "We are extremely proud to deliver Minnesota to the U.S. Navy."

Construction of Minnesota began in February 2008, and the keel was authenticated in May 2011. The 10th Virginia-class submarine, named to honor residents of Minnesota and their continued support of the U.S. military, was christened Oct. 27, 2012. Minnesota's commissioning date has been scheduled by the Secretary of the Navy for Sept. 7.

"This is a success story of the teamwork between the crew and shipbuilder," said Cmdr. John Fancher, Minnesota's commanding officer. "The team reached the finish line together with quality craftsmanship by the shipbuilder, coupled with a crew that was given the opportunity to train as necessary to operate the submarine to its fullest extent during the combined trials. Words fail to fully describe how proud I am of the entire crew when I think of how far we have come since starting this journey over 30 months ago. They have achieved every goal that has been set in front of them and done it exceptionally well."

NNS is teamed with General Dynamics Electric Boat to build Virginia-class submarines, which use advanced technologies to increase firepower, maneuverability and stealth. The 377-foot long submarines are capable of submerged speeds of more than 25 knots and can stay submerged for up to three months at a time. 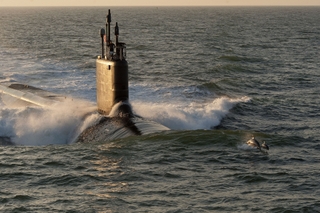 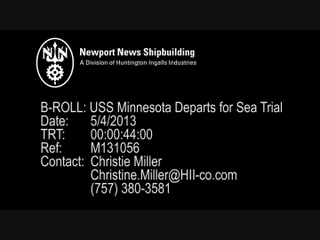