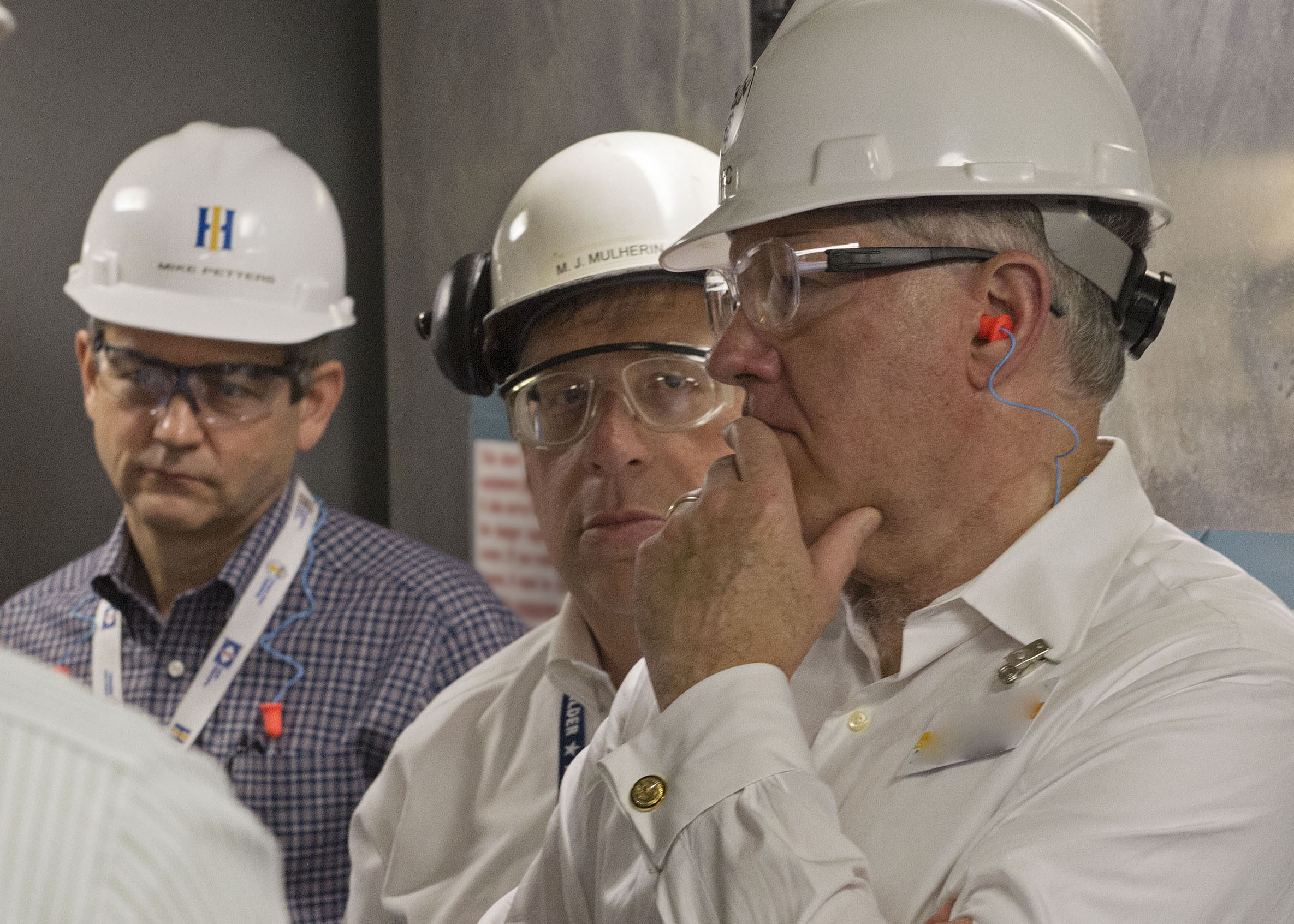 "The Department of Defense is not only our customer, it is our partner," said Newport News Shipbuilding President Matt Mulherin. "We understand that Mr. Kendall has a difficult job, and we appreciate that he took the time to visit our operations and see everything we are doing to deliver ships as cost-effectively as we can."

Sean J. Stackley, assistant secretary of the Navy for research, development and acquisition, and Rear Adm. Thomas Moore, program executive officer, aircraft carriers, joined HII President and CEO Mike Petters, Kendall and Mulherin on the tour, which included a behind-the-scenes look at construction progress on Gerald R. Ford and a 3-D product model demonstration of changes being made in the construction of John F. Kennedy based on lessons learned on Ford. Work on Kennedy is being done under an extended construction preparation contract, which allows more time to optimize the technology requirements and the build and test plans for the second ship of the Ford class.

In his role as undersecretary, Kendall is responsible to the secretary of defense for all matters pertaining to acquisition; research and engineering; developmental testing; contract administration; logistics and materiel readiness; installations and environment; operational energy; chemical, biological and nuclear weapons; the acquisition workforce; and the defense industrial base. 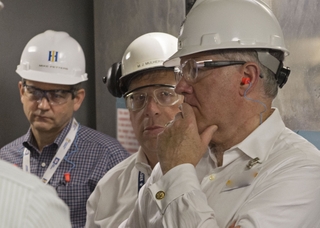