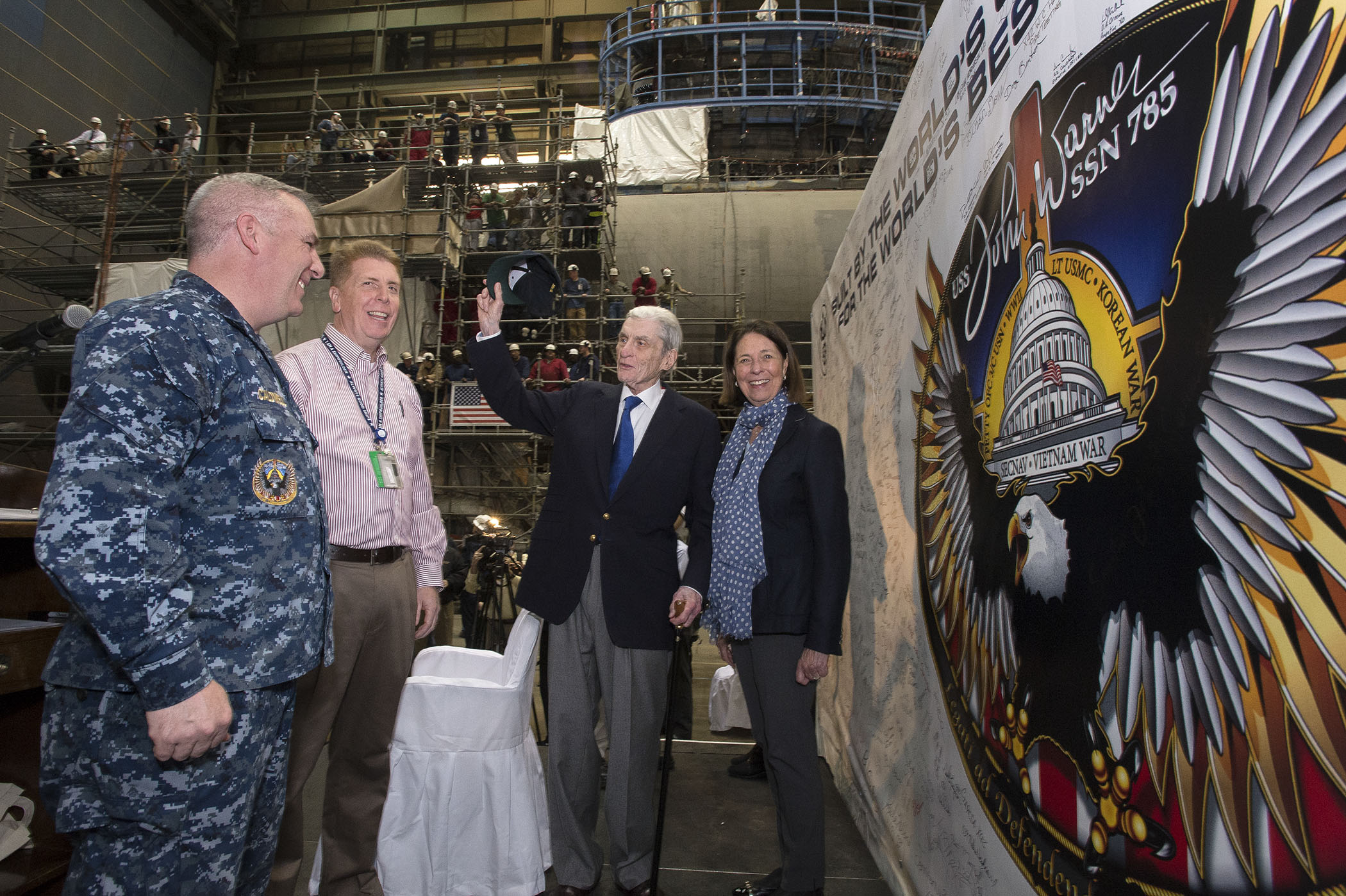 Before adding his signature to a banner signed by John Warner shipbuilders and crew, Sen. Warner addressed a crowd of hundreds assembled in the shipyard's Module Outfitting Facility. "Nothing is safer from the enemy to a greater degree than this submarine," he said. "Take pride, you who are present today and those in the yard who are working on other ships and the families that support you. Take pride in understanding how you are preserving freedom for our nation and for other nations for the future ahead in this ever more dangerous world in which we live."

Pressure hull complete is the last major milestone before the submarine's christening this summer. Construction began in April 2009 under a teaming arrangement between Newport News and General Dynamics Electric Boat. The submarine is about 80 percent complete and is slated for delivery to the Navy in 2015.

"This is a proud moment for John Warner's shipbuilders, both here and in Connecticut, and a significant milestone in the life of the submarine," said Jim Hughes, Newport News' vice president, submarines and fleet support. "It's a time when we can stop and reflect on all of the hard work that has gone into this important vessel, and we are especially honored to have the opportunity to share this achievement with the boat's namesake, Senator John Warner, and his wife, Jeanne, who is the ship's sponsor."

Cmdr. Dan Caldwell, the pre-commissioning unit's commanding officer, and members of the crew also joined the sub's namesake in celebrating the construction milestone. "In less than 12 months," Caldwell said, "we will cast off our mooring lines and head out to sea, where we will sound the klaxon and descend into the environment that this ship was designed to dominate. That day is much sooner than you may think and we need to be ready. We will be ready." 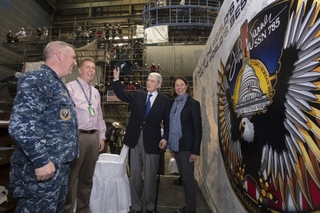 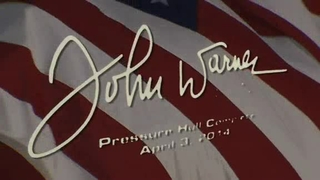