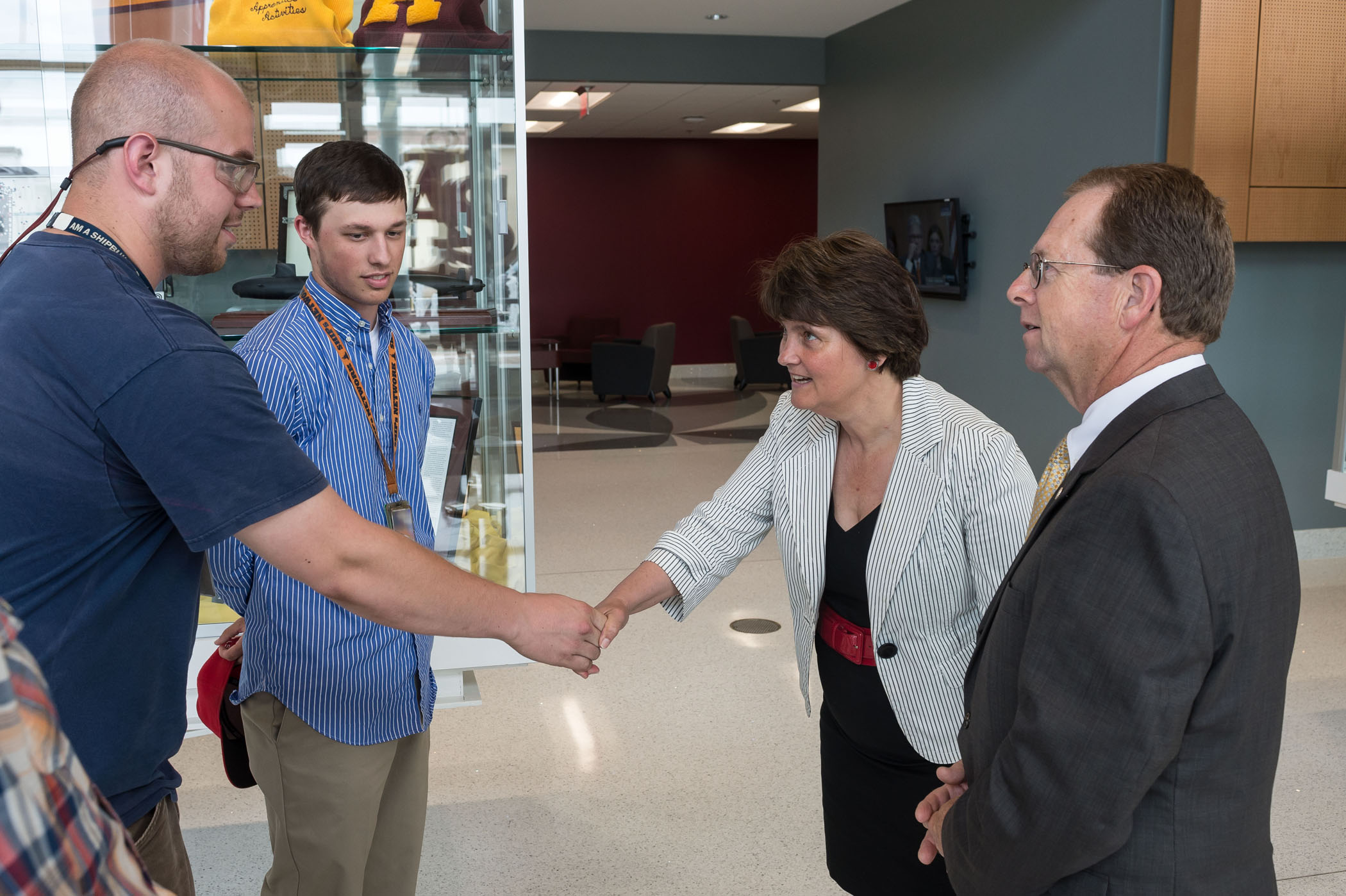 During the tour, Holton visited several classrooms to receive feedback from apprentices. She asked a group of second-term apprentices studying geometry if they were able to relate their classroom learning to their individual jobs. "I'm amazed at how many heads are nodding," Holton said. "You aren't just learning this in abstract but in a way that matters."

"I'm so excited to see the phenomenal work going on at The Apprentice School and the level of commitment shown to the employees and this community," Holton said. "We hope to take these lessons learned to our employers and our constituents across the Commonwealth."

The secret to The Apprentice School's success is collaboration, Hunley said. "As a society, we tend to educate and then hand-off students to an employer," he said. "It's important that educators and employers work together."

Hunley added that the new facility, which opened last fall, would not exist if it weren't for similar collaboration. The shipyard partnered with developer Armada Hoffler, the City of Newport News and the Commonwealth of Virginia on the project.

When asked by Holton how the state could assist in the school's success, Hunley said it already has. "Please go back to Richmond," he said, "and tell the folks who had the insight and the courage to provide the seed money for this project that it worked and it was money well spent." 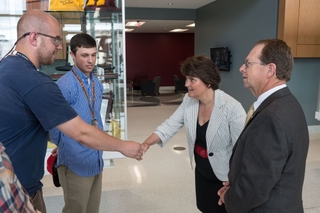