The ship arrived at NNS Thursday using planning contract funding. Lincoln was originally scheduled to arrive at NNS on Feb. 14 but was among the projects delayed due to uncertainties surrounding the defense budget and funding of the work. The president signed legislation Tuesday enabling the Navy and NNS to move the Lincoln to the shipyard to begin the RCOH.

"Our focus will continue to be on the task at hand: modernizing and improving upon Lincoln's capabilities for another 25 years of successful service," said Chris Miner, NNS vice president, in-service aircraft carrier programs. "We have worked closely with our Navy partners throughout the budget process and have made good progress getting starting on the planned work during the extended period at Naval Station Norfolk. Now that the ship is in dry dock the shipbuilder-Navy team is eager to finish what we've started here at Newport News Shipbuilding."

The RCOH represents 35 percent of all maintenance and modernization in an aircraft carrier's 50-year service life. Lincoln's RCOH will include the refueling of the ship's reactors, as well as extensive modernization work to more than 2,300 compartments, 600 tanks and hundreds of systems. In addition, major upgrades will be made to the flight deck, catapults, combat systems and the island. Work is expected to begin immediately and continue through November 2016. After RCOH, Lincoln will be one of the most modern and technologically advanced Nimitz-class aircraft carriers in the fleet and will continue to be a vital part of our national defense.

USS Abraham Lincoln is the fifth ship of the Nimitz class to undergo this major life-cycle milestone, which will be the ship's one and only RCOH. More than 3,800 NNS employees will work aboard the carrier during peak periods of the project. 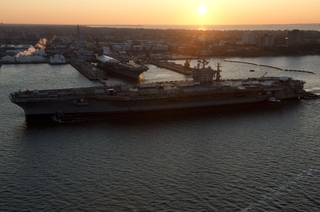 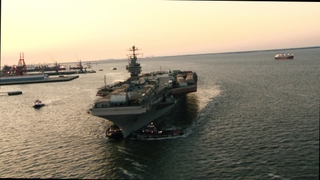