“Alpha sea trials represent the first underway test of the quality of the craftsmanship that went into the construction of this great vessel and the skill of the crew that operates her,” said Jim Hughes, Newport News’ vice president of submarines and fleet support. “Both the ship and the crew performed incredibly well, resulting in extremely successful trials that enable the ship to advance directly into its next set of tests. The John Warner is now well on its way to being another successful and early Virginia-class delivery.”

All systems, components and compartments were tested during the trials. The submarine submerged for the first time and operated at high speeds on the surface and underwater. John Warner will undergo several more rounds of sea trials before delivery to the Navy by Newport News.

“The sea trials were a huge success,” said Cmdr. Dan Caldwell, the submarine’s prospective commanding officer. “The ship is in great material condition, and I could not be more proud of the way the crew performed. They have worked tirelessly for the last two years preparing to take this ship to sea, and it showed during sea trials. We look forward to completing the ship’s delivery and joining the operational fleet.”

Construction of John Warner began in 2010. The boat is 99 percent complete and on schedule to deliver next month—more than three months ahead of its contracted delivery date. 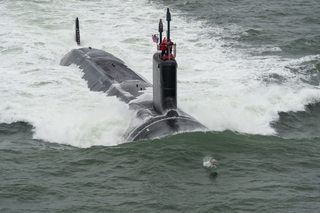 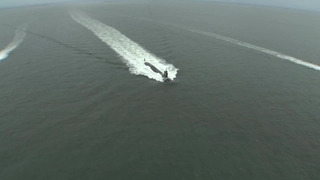 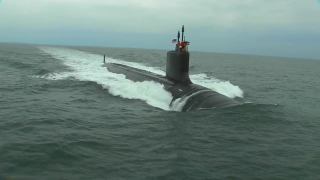